Art Industry Media (AIM) is a newly-formed division of the Hudson Valley Gateway Chamber of Commerce. AIM’s mission is to promote Peekskill and the surrounding Chamber territory as a media hub for the lower Hudson Valley. Proximity to NYC, ease of transportation, educated creative work force, and competitive commercial and residential real estate contribute to make this a uniquely favorable media business environment. 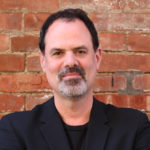 After graduating from Skidmore College with a BA, Ben spent his early career as a singer-songwriter signed with EMI publishing and its subsidiary SBK Records. Ben released a solo record on Artemis Records in 2002, yielding a Top-30 hit titled Two To One. His songs have been featured in different mediums, including TV and film. Other creative projects include writing and directing a short film, Pipe Dreams, that was featured at film festivals internationally, winning the SOHO International Film Festival’s award for “Best Short Film” in 2011. In 1997, Ben took stewardship of The Peekskill Hat Factory (est. 1882). Having once manufactured hats, the historic buildings had been converted to a mixed-use commercial industrial complex in the 1950s. After a sustained campaign of improvements and modernization, The Hat Factory now boasts one of the region’s most dynamic mixes of tenants — from cabinet makers, fine artists, and a yoga center, to industrial, high-tech multimedia, and the Peekskill Clay Studios, which Ben founded in 2010. 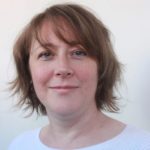 After a career at Fortune 500 companies like Sports Illustrated, Getty Images and Banc of America Securities, Andrea Bloome has run small businesses for the past 16 years. Her combined corporate and small-business experience has helped build her current endeavor, Alchemy Post Sound, into a leader in the the field of Foley sound recording. (“Foley” describes performed sound effects used in television, film and interactive media. As an Emmy award-winning studio, Alchemy works on many TV shows, films and multimedia projects. Some of its notable projects include “A Place Beyond the Pines” (film), “Manchester by the Sea” (film), “Wonderstruck” (Film), “I Think We’re Alone Now” (film), “Don’t Worry, He Won’t Get Far on Foot” (film), “Happy” (Syfy Channel), “Making a Murderer” (Netflix), “Looming Towers” (Hulu), “Manifest 1.0″ (The Family, interactive media), “White Helmets 360” (Vice, Samsung interactive video), and “Just Cause 3” (video game). 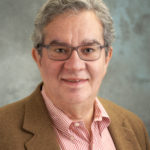 Bruce’s four-plus decades in media span publishing, acting, writing, marketing, digital production, Hollywood, home entertainment, events, and television hosting. As principal of boutique agency APAR PR, he specializes in “Publicity with Personality… We Bring the Publicity. You Bring the Personality.” As a weekly columnist, he assures readers, “When Bruce The Blog listens, people talk.” As an actor, he appears in local commercials, indie films, web series, and stage plays. As an editor and publisher, he has launched consumer and business periodicals and ran an award-winning suburban weekly newspaper. As a volunteer, he is founding president of not-for-profits Yorktown Organizations United (aka “YOUnited”) and Harrison Apar Field of Dreams Foundation; and sits on the President’s Council of Northern Westchester Hospital, and on the boards of Hudson Valley Gateway Chamber of Commerce and Yorktown Chamber of Commerce. In collaboration with veteran retail executive Bob Fisch, founder of specialty apparel chain Rue 21, he is working on a book about “generation-splicing,” a practical exploration of what Baby Boomers and Millennials can learn from each other.

As the former Global Brand Ambassador for EY (formerly Ernst & Young), Peter has spent the better part of his career designing within the corporate sector. Graduating from SUNY New Paltz in 1996 with a BFA in Graphic Arts, Fine Arts, and Art History. Peter excels at communication and project management at every level, as well as the ability to bring his clients’ needs into visual expression. Peter is mechanically minded and understands the tenets of experiential design. His experience and talent allow him to work alongside executives at all levels, including CEOs. He has won an American Associate of Communication Design Award and has worked as an Adjunct Professor at Pratt University in Brooklyn. In his downtime, Peter enjoys photography and is an avid automotive and action sport enthusiast. He is also a board member of the Hudson Valley Gateway Chamber of Commerce in northern Westchester, the Montrose Business Association, and Suz Crew, a Not-for-Profit organization that assists individuals battling cancer. 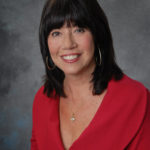 In 2010 the position of Executive Director opened at the Hudson Valley Gateway Chamber of Commerce. Deb had served on the board of the Chamber for many years and was Chairman of the Board from 2005-2007. Making a “quality of life decision,” Deb applied for the position. She has served as Executive Director since 2010, bringing to the Chamber her years of business relationships and marketing expertise. During the past eight years, the Chamber has grown to 515 members (from 324 when she started). New programs and initiatives (such as AIM ’18/Art Industry Media) have been added and the Chamber is now the Number 1 business voice of Northern Westchester County. Deb currently serves on the Government Action Committee of the Business Council of Westchester, and on the Advisory Board of New York Affordable Reliable Electricity Alliance (New York AREA). Deb has an extensive background of community service. She has been recognized by the Westchester County Board of Legislators, and state officials, for community service. Some of her other community work includes: Board Member, Peekskill Business Improvement District (BID); Vice Chair, Zoning Board of Appeals, City of Peekskill; Past President, Peekskill Rotary Club; Paul Harris Fellow Executive Committee; Volunteer Coordinator, Peekskill Celebration Festival; Foundation Board Member & Silent Auction Chair, Hudson Valley Hospital Center (now New York Presbyterian/Hudson Valley Hospital); Budget Advisory Task Force, City of Peekskill. Deb is a magna cum laude graduate of New York Institute of Technology with a Bachelor of Fine Arts degree. She has lived in Peekskill for 28 years with her husband John and two dogs. 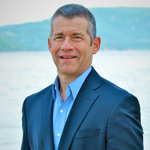 Charles J. (“Chuck”) Newman, CLU is Principal of The Charles J. Newman Co., LLC. He is a licensed insurance agent and registered representative who maintains agent and brokerage relationships with more than five dozen insurance companies. A 1983 graduate of Colgate University, Chuck entered the insurance business in 1992 as an agent with Connecticut Mutual Life, and earned the title of Chartered Life Underwriter (CLU) from the American College, in Bryn Mawr, Penn., in 2002. He is a member of the National Association of Insurance and Financial Advisors, the National Association of Health Underwriters, and the Society of Financial Service Professionals. Chuck resides in Yorktown Heights, N.Y. He is a past president of the Lakeland Education Foundation, Inc., and has served on the Board of Trustees of the Paramount Center for the Arts in Peekskill. A lifelong resident of the Peekskill area and third- generation Peekskill business owner, Chuck is a member of the Peekskill Yacht Club, serves on the Board of Trustees of the Hudson Valley Gateway Chamber of Commerce, and is immediate past president of First Hebrew Congregation. Chuck was honored by the Westchester County Bar Foundation in November 2017 for his years of service, and he perpetually fundraises for research to find a cure for Polycystic Kidney Disease,” which affects his entire family.

Bre has been a puppeteer, school teacher, artist, videographer and co-founder of MakerBot, Thingiverse, and NYCResistor. He co-wrote the Cult of Done Manifesto and is currently back in developing infrastructure mode with his company Bantam Tools.

Powered by Khore by Showthemes